Salomon Jacob Noach was born in December 1909 in the Dutch town of Zutphen, the son of Jacob Abraham Noach and Sophie Belia Spier. A strong and independent character, Sally left school at twelve and in the 1920’s worked as a waiter at the station cafeteria in Zevenaar. In 1927 the family left for Brussels, where along with his brothers and father, he became a traveling textile salesman, settling in the northern French city of Lille. Fluent in Dutch, French and English, Sally was widely known as an inspiring man, whose positive spirit was indomitable. It was said he could make stones laugh.
When the Low Countries were invaded by the Nazis in May 1940, Sally fled by train to Toulouse and later to Lyon, the “Capital of Resistance” in Vichy France. He remained in Lyon for over two years until September 1942, when Klaus Barbie arrived to orchestrate the final deportations of Jews to Drancy and concentration camps.
After the war, Sally returned to Holland, where he traded 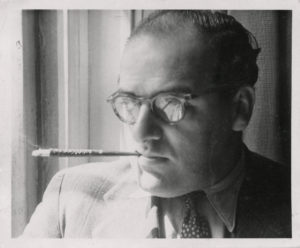 in Persian carpets, with businesses in Amsterdam, The Hague, Utrecht and Arnhem.
Yet apart from a slim personal memoir in Dutch, Sally seldom spoke about his wartime years, of what he did in those darkest hours of history. Now, in this extraordinary film journey, his children Lady Irene Hatter and Jacques Noach, go in search of the truth.